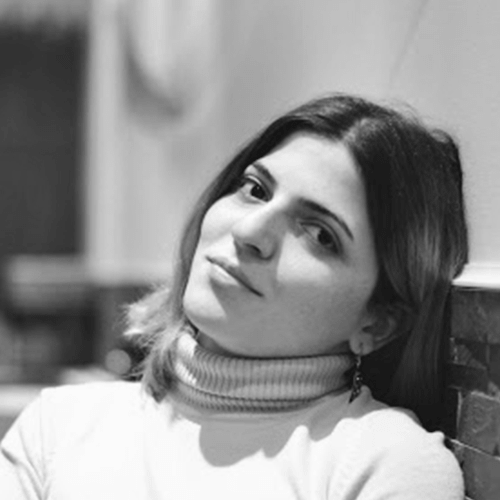 Liana Yepremyan currently Liana lives in London and works as a postdoctoral fellow at the Mathematics Institute of the University of Oxford, UK. Her research discipline is in discrete mathematics, more speci?cally, in extremal combinatorics and graph theory. Liana was born in 1990, in Kanachut, Armenia. She got her initial education at the local school. She completed both bachelor’s (2005-2009) and master’s degrees (2009-2011) in the department of Informatics and applied mathematics at Yerevan State University. During 2007-2009 Liana also attended a special course on Electronic design automation (EDA) organized by Synopsys Armenia and got a bachelor’s degree. Parallel to her studies, in July 2008 she started working as a part-time junior software engineer in Virage Logic International, at the end of September the same year she moved to a full-time position. Later she continued her career as a research and development engineer at Synopsys Armenia and finally, from November of 2010 till August of 2011 she worked at Macadamian Armenia as a software developer. She has been the recipient of various scholarships, which helped her to fund her studies. These are Luys scholarship (2012, 2013), AGBU International Scholarship (2012, 2013, 2015), and –the Women in Science fellowship at the McGill University (2013, 2014, 2015); the awards received by Liana include the Graduate excellence award in computer science (2013, 2014), Computer science top-up award (2014), Summer DFW international student award (2012), GREAT conference travel award (2014), Graduate research mobility award (2015) and Enrichment award at Louisiana State University (2011, declined in February 2012).