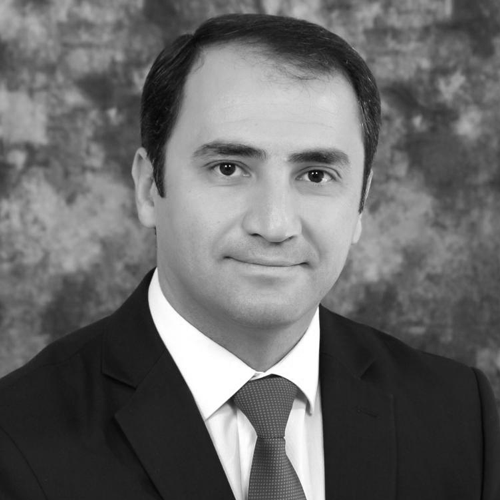 Sarkis E. Knyazyan is a licensed patent attorney and a licensed litigator. Prior to founding Knyazyan & Partners IP law firm Sarkis worked as a legal counsel for Arlex International law office and the American University of Armenia, interned for the United States District Court, Northern District of Illinois, Chicago, IL, served as an intellectual property advisor to the Ministry of Economy of the Republic of Armenia. Sarkis received his master’s degree in intellectual property law from the University of New Hampshire, School of Law (formerly Franklin Pierce Law School) in the United States and completed Haifa University’s WIPO-sponsored program on European patent law in Israel. He also completed the Licensing Academy program on IP and technology transfer, organized and implemented by the University of California, Davis School of Law and PIPRA (www.pipra.org). Sarkis is a member of the Armenian Observatory on Counterfeiting and Piracy, and chairman of the Board of Trustees of the Intellectual Property Rights Center of Armenia (www.ipr-center.org/board), an Armenian non-governmental, non-profit organization. He currently teaches IP law at the American University of Armenia (http://law.aua.am/faculty/) and the French University in Armenia, School of Law.