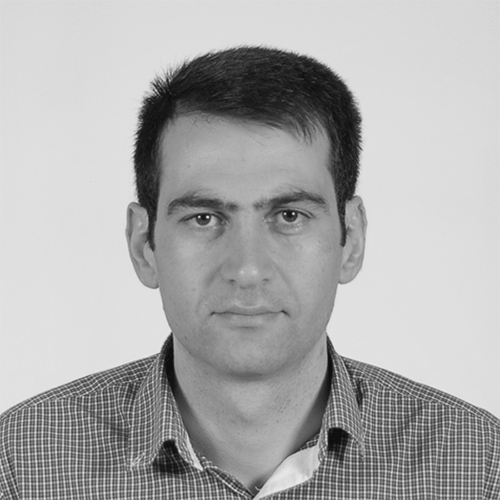 Dr. Karen Keryan was born in Yerevan in 1984. He received his BS and MS degrees in mathematics from Yerevan State University in 2005 and 2007, respectively. He started to teach at YSU in 2008. He got his PhD in physics and mathematics from YSU in 2009. Keryan then joined the American University of Armenia in 2013. Currently, he is an assistant professor at YSU and an adjunct lecturer at AUA. He has been the team leader and the coach of the Armenian university teams participating in the International Mathematics Competition (IMC) for university students since 2013. The results of the YSU team have grown dramatically since then: the YSU team has taken 7th place at the IMC in 2017. Karen is the author or co-author of more than 20 publications. He is married, with one daughter.